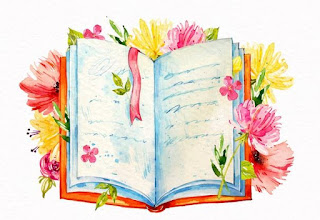 Guess life is never complete without rewriting a fairy tale. Scouring away cinders off the cold hearth at night, Ella wondered, ‘Will there ever be an end to this misery?’ As if negating her hopes, Ella heard her stepmother thunder from upstairs. "Ella, are you dreaming? If you have scrubbed the kitchen, come upstairs, make my bed and wash my feet." Ella lived with her stepmother and her two stepsisters who had always been mean to her. Days passed on in drudgery. Deep within, Ella knew she was meant for something better in life. “What is my true calling?”, Ella would ask her reflection in the water barrel, to the squeaking mice in the barn and to the scudding clouds in the sky. “What do I really really want?” One day, an envoy from the palace arrived with an invitation for the young ladies of the house. A royal ball at the palace! The crown prince was looking for a bride. Ella helped her sisters prepare for the ball. The ladies were particularly careful in keeping Ella
Post a comment
Continue reading here... » 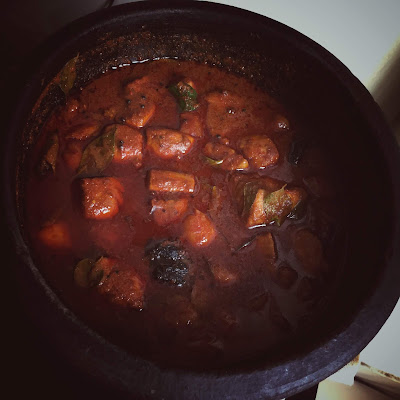 Happiness in a 'Chatti'! The Kerala (Kottayam) style kudampuli fish curry Intro '... Kudampuli ittu vecha nalla chemmeen curryundu ...' Ever listened to the lyrics from this evergreen Malayalam song of the 70's? The ultimate Malayali sea-food song! I am posting a ' Kudampuli ittu vecha nalla neymeen (not chemmeen) curry ' recipe today. After i posted the click of my latest Kerala style kudampuli fish curry on Insta and her kin this week, I received requests from quite a number of friends and my own kin to share this recipe - so dedicating this mouth-watering post to all of you. I've never posted a recipe in this space before. This is the first one & so it definitely had to be something really special. So, here's the recipe i follow to cook up 'happiness' in an earthern ' chatti', as I deem it. The hot 'n spicy Kerala fish curry. I must say that this one's a tad spicy and is definitely gonna strike a chord w
3 comments
Continue reading here... »

Sorry, I was talking on mute! 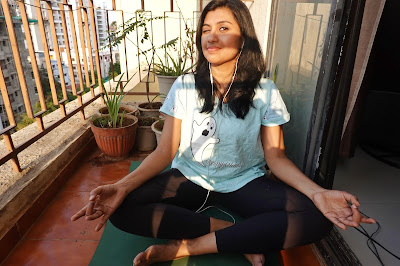 Sorry, I was talking on mute! Yes, this monologue thrived on, until one fine day the mute button on my phone decided to take a vacation during an office call – opening the floodgates of cacophony emanating from my household to the other side of the cosmos. Microcosms, rather! Each family, a little universe now – with its own chaos and controls.  The new normal is creating novel ways of doing everything – from launching the next big technology that can transform lives, to chopping onions. The world stands transformed. The world is working from home - as the only ‘home' we’ve cohabited in this universe takes a breather. A COVID-19 medical leave, maybe! Pigeons crossing the street, peacocks patrolling the alleys, lions snoozing on the tarmac and roosters out for a walk in the park giggle teasingly at us from our digital screens, as we gaze on wordlessly, mute buttons still on, juggling the chaos of an overwhelming shift in our day-to-day lives, devising new ways to numb the
4 comments
Continue reading here... » 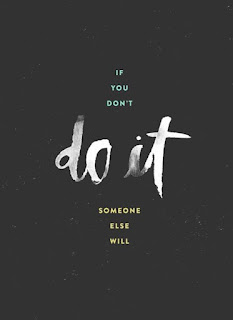 Millions of years ago, inspired by the flames and sparks of nature, humans set forth to reinvent the idea of fire. The turning point came when he mastered the blaze, and controlled its use to redefine his own existence. What made all the difference was of course execution, and the continual process of its betterment, without which we would have faced extinction as a race, long before.   The noted American scholar Mark Van Doren once quoted, “Bring ideas in and entertain them royally, for one of them may be the king.” Ideas are ubiquitous. Nonetheless, the worth of an original idea lies in how scalable and innovative it is. And the only way to bring out the true value of an idea, lies in its execution.   Not everyone can make an idea work. Take, for instance, the case of the rise and fall of the internet pioneer, Netscape. In spite of being the browser that introduced the world to the web, they were beaten in the long run, first by Microsoft with their strong and integ
Post a comment
Continue reading here... » 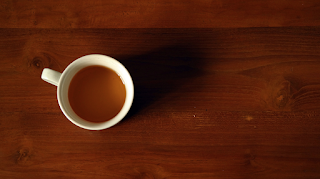 It was the third siren, which shook her from her reverie. There was an interval of thirty minutes between the sirens. Maya had been caught in a vivid mental slide show of the various movie scenes that she had seen of factories; the chimney emitting thick smog, the workers’ union shouting slogans, the plush offices where the bosses sat puffing pipes while the abnormally straight vertebrated subordinates squirmed and sweated despite the air conditioning. The third siren had awakened her. ‘What a waste of time…’, she hissed into the lonely air, getting up and moving sedately into the kitchen. Her hands automatically tugged at the fridge door, which opened with a squeaky sound filling her nostrils with the smell of un-used butter. She reluctantly picked up the soggy packet and dropped it into the bin, quickly shutting its lid. As she stood wondering why she had opened the refrigerator at all, she heard the bird-song of the front-door bell. ‘It must be the cable man’
Post a comment
Continue reading here... » 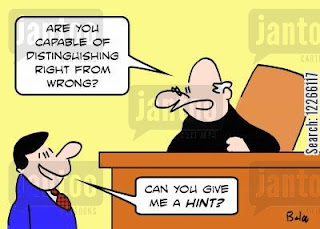 Pic Courtesy: Here Some things in life are as pointless as dogs peeing on random car tyres. It might not be as much of a necessity to the car owner, to have his car tyres peed on, as it is for the dog to demarcate its territory on a piece of asset that travels around a lot. The same thought applies to those uninvited geniuses who spend half their lives prying across the wall into the privacy of unwary people, unsuspectingly dazzling them with their hitherto unrevealed moral intelligence. However, what exactly they are trying to demarcate with their unsolicited wisdom still remains a mystery to that section of mankind stranded on the receiving end of their bounty. These morally super-intelligent beings are everywhere now. Breathing the air we breathe, viewing the very same sights we see, but perceiving a different and perhaps a more stimulating version of reality, which simply cannot be kept to the confines of their brilliant minds. They spew wisdom anywhere and ever
Post a comment
Continue reading here... »

May 18, 2017
‘Kattappaaa!’, I animatedly yell at no one in particular from time to time. My empty war cries travel across the length and breadth of our apartment, only to collide with quizzical stares and die inaudible deaths. I believe there’s a vocal magnetism attached to the very name ‘Kattappa’ that triggers its utterance at alternating intervals of time. I am one of those late subscribers to the Bahubali franchise, who watched the beginning and the conclusion all on the same day, to overcome the so-called ‘handicap’ of not having savoured Rajamouli’s magnum opus motion picture, that the nation was obsessing about, only to become obsessed with Kattappa, the slave warrior, an epic all by himself. The protector and the destroyer, troubled by his self-imposed inner turmoil. Perhaps, a veteran Hamlet who has outgrown procrastination. No one could have essayed this iconic role better than Sathyaraj. There is a strangely satisfying exclamatory feel to the sound of Kattappa. The plosive phonetics
4 comments
Continue reading here... »
More posts